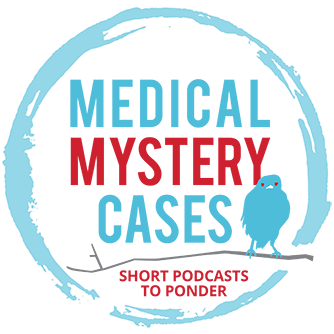 TRANSCRIPT
Medical Mystery Cases are developed in conjunction with leading medical and scientific experts. The patient profiles and data presented contain realistic scenarios, data, and outcomes but are not taken from actual patients and should never serve as a substitute for professional medical advice. The cases are intended for healthcare professionals to gain insight into disease state diagnoses and treatments that are founded in evidence-based medicine.
TRANSCRIPT

Narrator: John Shapiro was considering retirement from his law practice. He had just turned 65 and assigned most of his criminal defense cases to junior associates. The majority of the cases were boring…almost always settled out of court. But then a friend called…from jail. He was a well-known businessman in the community. His arrest stemmed from a holiday party. As he was driving home from the party, he struck and killed a college student—the young man on a bicycle seemed to appear out of nowhere! The two bourbons he had consumed at the party resulted in a failed breathalyzer test. He called John…grief-stricken…frightened…desperate.

John agreed to take the case. He began working long hours for many months to prepare a solid defense for a friend he had known for over forty years.

As time wore on, John began to experience respiratory symptoms. He attributed his discomfort to the close quarters in the county jail. He visited his client there frequently and the air was stuffy with no protocols in place to prevent the spread of infectious diseases. He had taken a few COVID self-test and all were negative.
The preparation for the murder trial stretched on and on. It kept getting delayed due to repeated outbreaks of COVID-19.

By the time the trial date finally came around, John was fatigued and congested. The day before the start of the trial, he took another COVID-19 antigen self-test. It was again…negative. He worked all evening, preparing for the next morning…

Judge Carver: Please be seated. We’ll begin with the prosecution.

Narrator: The prosecutor finished her opening remarks and now it was John’s turn to address the courtroom.

Defense Attorney John Shapiro: Good morning ladies and gentlemen of the jury, my name is John Shapiro, I… represent Mr. ...

Emergency Room Nurse Kara: Hi Mr. Shapiro. It’s good to see you alert now! I’m your nurse in the ER. Doctor Martin is reading your EKG results and we are waiting on some tests.

Defense Attorney John Shapiro: Did I have a heart attack?

Emergency Room Nurse Kara: We’re not sure but will know soon. You appeared dehydrated so we started an IV to get some fluids in you. Can I get you a warm blanket?

Emergency Room Nurse Kara: Hmmm, we should keep a close eye on him. I’ll grab the doctor. Dr. Martin, do you have a minute?

Emergency Room Nurse Kara: What do you think Dr. Martin?

Emergency Room Physician Dr. Martin: Hmmmm… Looks like an ingrown toenail. Probably nothing to worry about. Everyone seems to know about his defense in this manslaughter trial… He may just have a case of exhaustion and dehydration.

Emergency Room Nurse Kara: Patti mentioned that his lactate level was high. In fact, all his labs are a little abnormal.

Emergency Room Physician Dr. Martin: Hmm… well…order blood cultures and get another lactate level in 4 hours. Let’s move him into the observation unit.

Narrator: Lactate is the biomarker of choice associated with many sepsis guidelines. Critical illness leads to increased oxygen use in tissues which leads to tissue hypoperfusion or hypoxia. When tissues lack oxygen, they undergo anaerobic metabolism, increasing lactate production which can lead to organ dysfunction and failure often associated with severe sepsis and septic shock.1

Emergency Room Nurse Kara: Patti, I’m worried. His temp is up to 101 and his lactate has gone up. He complained of nausea, so we gave him some Zofran®.

Respiratory Therapist Patti: OK. That IS worrisome. Let’s get blood gases and a lactate on him!

Narrator: Patti grabs the analyzer and a test card, takes a blood sample, and quickly runs a test.

Respiratory Therapist Patti: His lactate has gone up. Let me show you the blood gas results.

Emergency Room Physician Dr. Martin: His chest X-ray was clear so it isn’t pneumonia. What could be causing sepsis?

Emergency Room Nurse Kara (speaking to Patti and Dr. Martin): Sometimes the source is never identified. But the toe…it could have started there. He just mentioned recently being diagnosed with prediabetes. He may not have even felt that his toe was getting infected…

Emergency Room Physician Dr. Martin: Okay Let’s start a cefepime drip and continue with fluids…admit him to the ICU.

After 48 hours the blood culture results came back. Staph aureus. After prompt treatment with antibiotics in the ICU, John’s temperature was down to 98.7. Blood pressure, respiration and pulse were normal. And the toe… it was no longer red and swollen.

Sepsis is the body’s extreme response to an infection. Without timely treatment, sepsis can rapidly lead to tissue damage, organ failure, and death. Severe sepsis can cause the patient’s immune system to attack vital organs. The organs don’t receive enough blood and they start to shut down. If untreated, this can lead to septic shock resulting in organ failure and dangerously low blood pressure. Blood pressure that remains low despite treatment with IV fluids.

Sepsis affects approximately 1.7 million adults in the United States each year and potentially contributes to more than 250,000 deaths.2 Various studies estimate that sepsis is present in 30% to 50% of hospitalizations that culminate in death.3,4 Patients with diabetes are especially vulnerable to sepsis and have been shown to have a fourfold increased risk of death.5

The lesson for this medical mystery case is that a diagnosis and disposition of sepsis can be made more rapidly with bedside testing. This can be life-saving. But you have to be on your toes!

© Medavera 2022 All rights reserved.
Privacy PolicyTerms of Service
The content on this website is protected by copyright. Medavera, Inc. consents to the private use and non-commercial use of its podcasts for educational purposes. If you are interested in modifying or adapting Medavera’s podcasts for educational or commercial use, please Contact Us.